We have showed our dogs guite often at different types of shows (International, National, Special and Club etc.). We endeavour about handling in the best condition to show their best qualities. 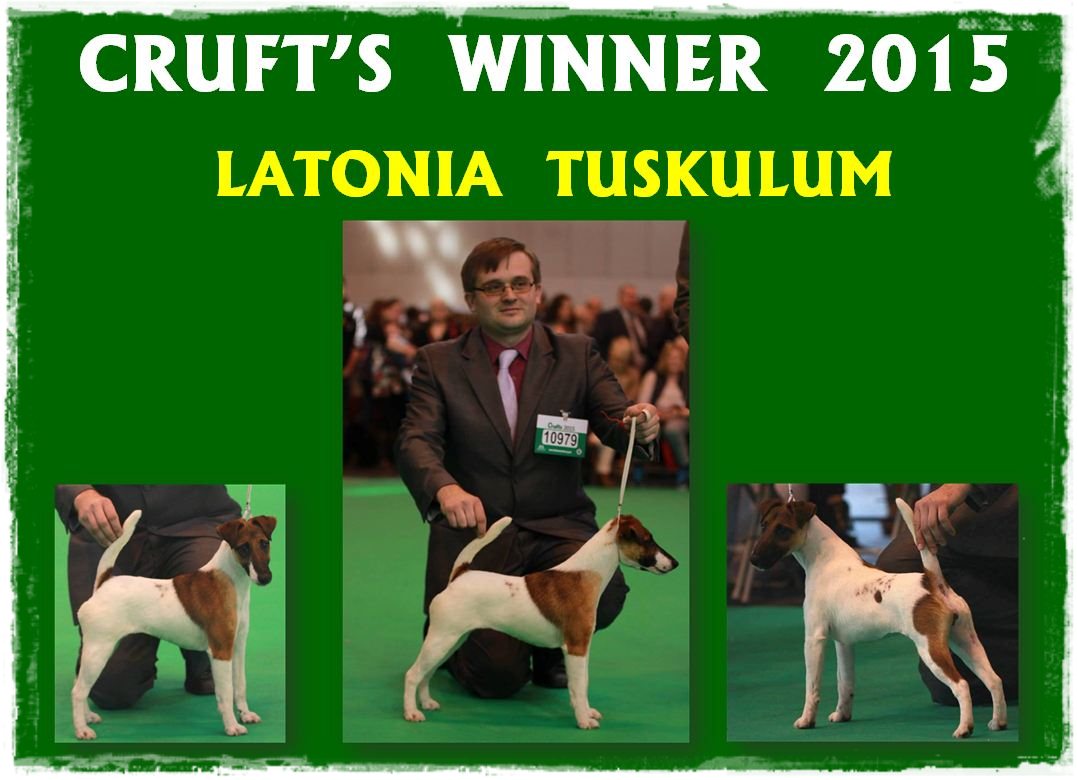 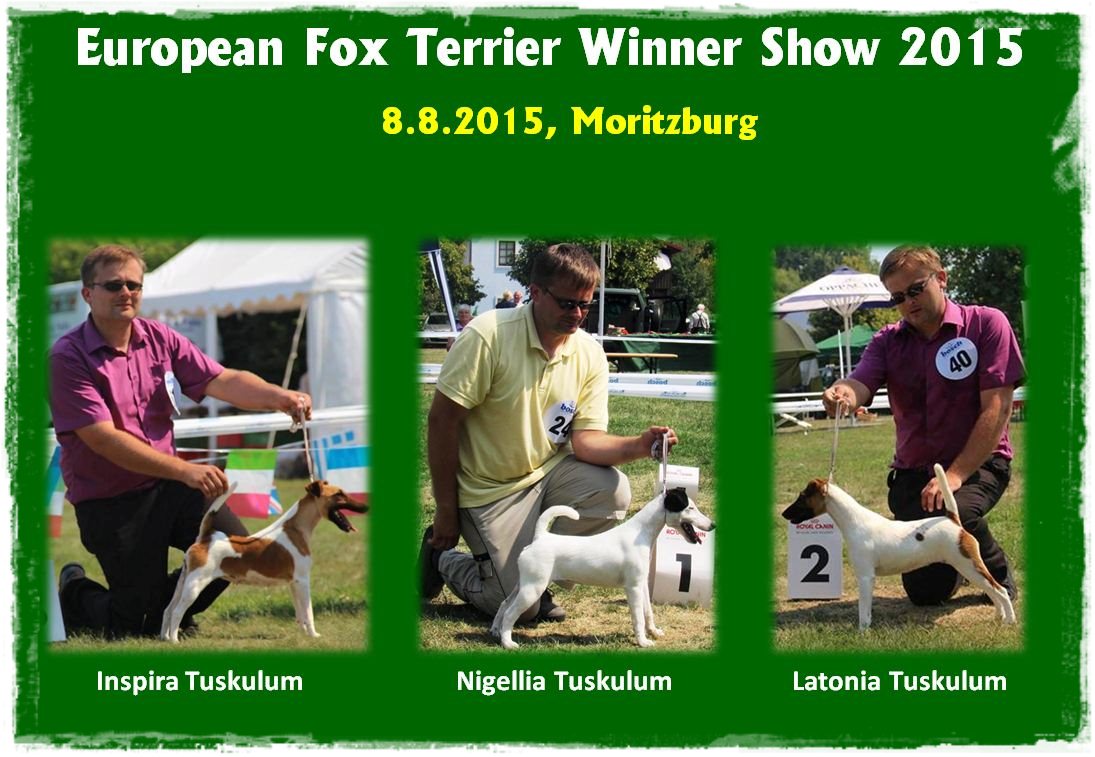 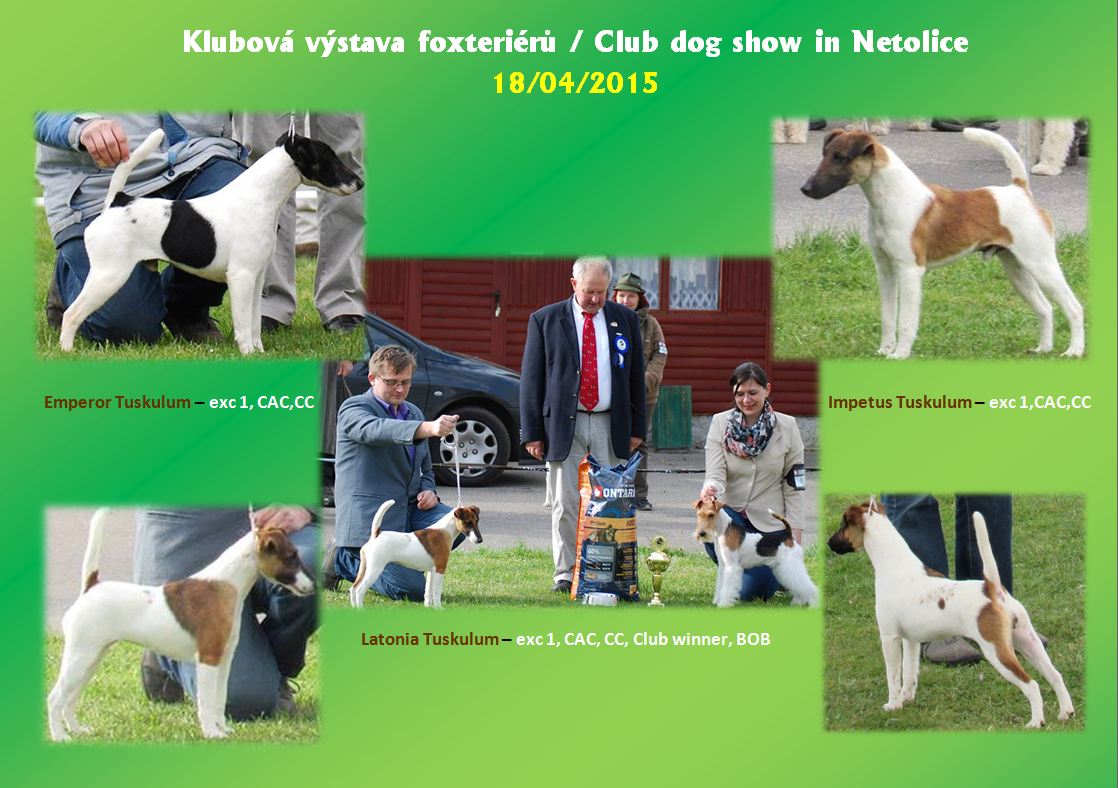 We won our first certificate of Czech champion of beauty at International dog show in Prague  2000 with bitch DAISY TUSKULUM. After that (in the same year) she won also titles CAC, Club winner and BOB (the best of breed) at Club dog show  in Prague. In the year 2000 our other bitch won BOB at National dog show in Brno (including titles CAC and National winner).


In October 2001 defended other bitch, FRONNY TUSKULUM for our kennel winning at fox terrier Club show (she was CAC and Club winner 2001). She won also first certificate CACIB at International dog show in Brno 2001.

Our the most succesful showing (but also working) dog, who stays in our kennel is CHART TUSKULUM. He won many shows in Czech and Slovak republic including the most valuable title - European winner 2003. He is also absolut winner of the fox terrier club show 2004 in Ježov.

The best moment became in March 2015, when our bitch gauned title CC at the most world prestigious dog show - Crufts Dog Show !!!